Sparks literally fly as a damaged GMC Yukon is spotted navigating the busy streets of Chicago in a video uploaded on YouTube. According to the comments, the vehicle’s driver may have been involved in road rage or the driver is drunk driving. A comment mentioned the vehicle has no plate so it might be a vehicle on the run.

It looks like it was a scene from an action film. Only in the video, it is as real as it gets. It seemed Yukon’s driver has his confidence cemented in the vehicle as the Tahoe is recorded cruising the road on three wheels. 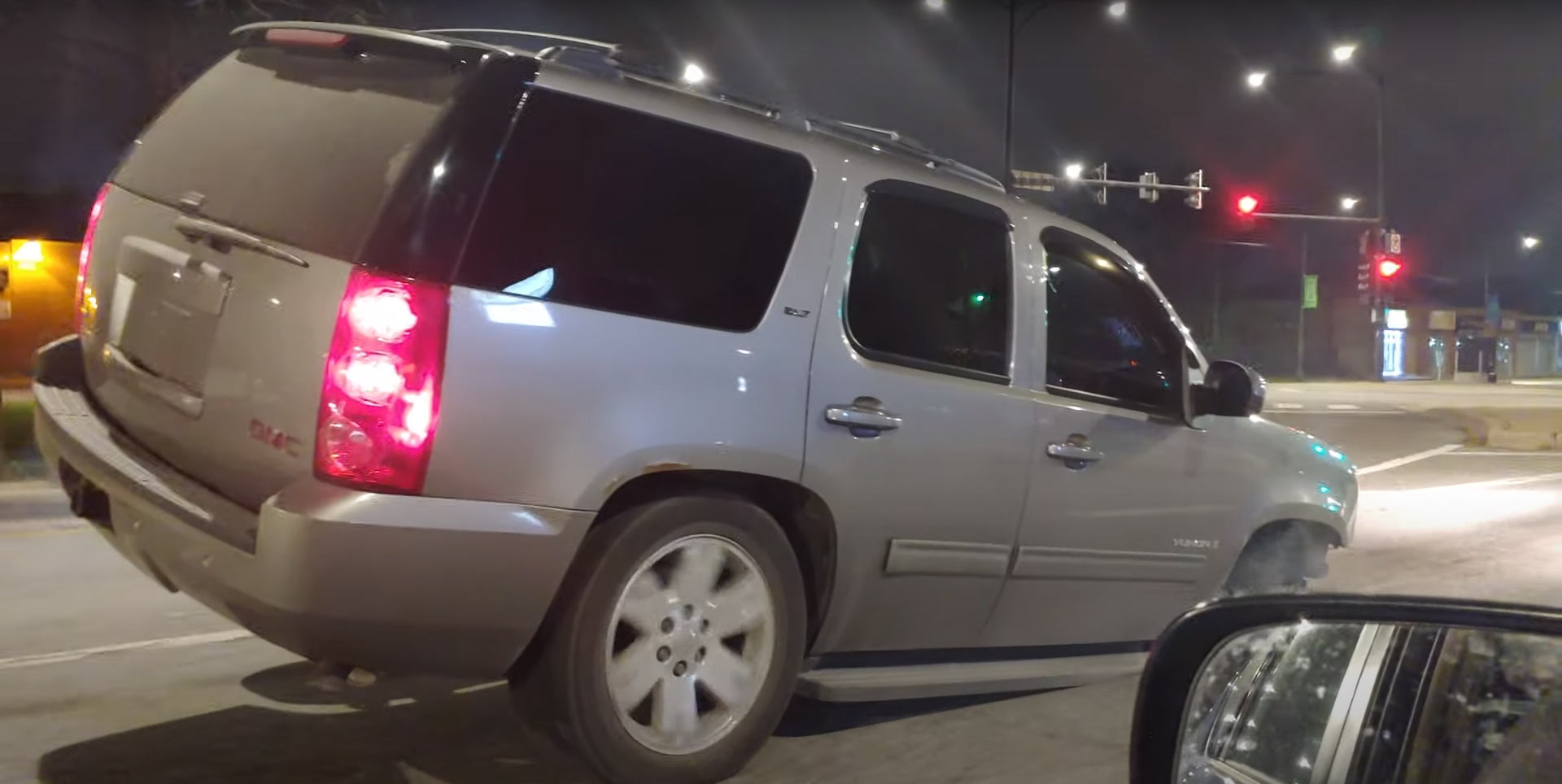 In fact, the vehicle runs like it’s in pristine condition, straight ahead, and it did actually stopped when the traffic lights turned red. As soon as other vehicles see the three-wheeled coming, they immediately cleared the way, maybe avoiding a possible accident with the vehicle.

The photo below showed the accident has severely run-down the Yukon with the passenger side front wheel ripped off.

Despite the damage and possible danger it may further bring, the driver continued driving as nothing has happened. Watch the full video of GMC Yukon taking the night streets of Chicago.